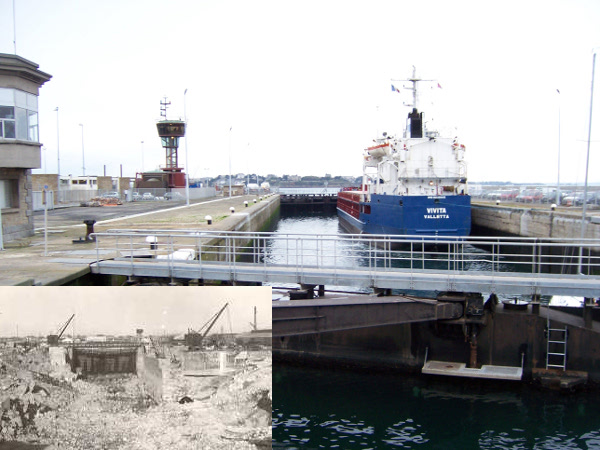 At the end of the Second World War, the city of Saint-Malo Intramural was in ruins. Opposite, the locks of the port of Saint-Malo were also in a sad state.
Georges Jamet worked on the reconstruction site of these locks and took photos of the final part of this reconstruction, in 1950.
To these photos were added photos of the start of the reconstruction of these locks taken in 1948 and 1949 by a photographer from Ponts et Chaussées (roads and bridges) who agreed to sell a copy to Georges Jamet.
We present here these two series of photographs, to which have been added photos of the change of the gates downstream of the locks in August 2003 taken by his son Hervé Jamet.
Home Plan 1948-1949 1950 August 2003